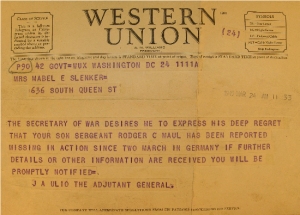 I just finished marathon viewing four seasons of Downtown Abbey. The very first episode opens with a close-up of a telegraph in motion, complete with taps and beeps as the operator sends a message. The telegraph not only grounds the story in history (in this case, 1912) but also conveys the urgency of the news being sent.